Matthew Mahoney’s family members are calling for healthcare reforms, and a coroner’s inquest, after an SIU report concluded police were justified in using lethal force when they shot and killed him in March 2018.

The report goes into lengthy detail about the moments leading up to the shooting, including the fact he suffered seven wounds, potentially from five gunshots.

“It’s way too difficult to read right now,” said Mahoney’s brother Michael, within hours of the report being released. “I’m sure we’ll have more questions.”

He says he hasn’t read the whole report yet but from what he knows “there weren’t any surprises…most of the information we knew already.”

After Mahoney died, Michael blamed a lack of resources in the healthcare system and limits to the legal system for failing his brother.

Who was Matthew Mahoney

“Matt had battled with schizophrenia for decades,” said Michael. He remembers Matthew as the guy who’d share his sandwich, even if he didn’t have anything else to eat.

“I think my brother needed a hug that morning,” Michael told CBC News in March of 2018, just days after his brother died.

“He was very caring,” said Mahoney’s mother Brenda, from her Windsor apartment on Thursday.

According to Michael, Mahoney had been off medication for his mental illness. “My brother had been off of his treatment for more than a year,” he said.

The SIU report appeared to confirm the family’s assertion. It included a toxicology report which showed the only drug in Mahoney’s system at the time of his death was tetrahydrocannabinol, one of the chemicals found in marijuana. 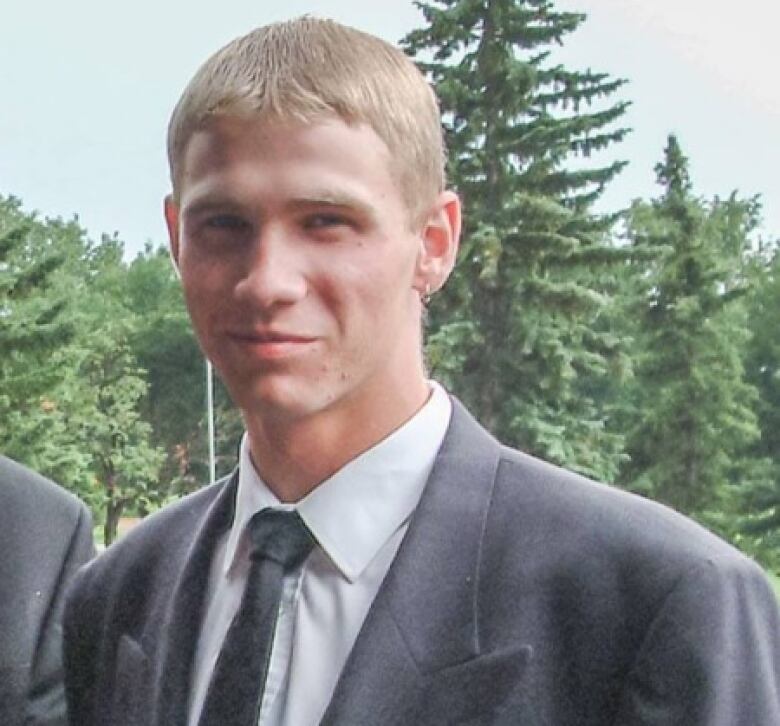 The Mahoney family remembers Matthew as a brilliant and loving man who would listen to anyone about their own struggles. (Michael Mahoney)

Mahoney was refusing treatment. Michael said he “felt threatened” by his health care provider but the family felt helpless.

“We were told repeatedly that unless he hurts someone there’s nothing we can do to get him back on his medication,” said Michael. “Matt’s not here anymore. His life was threatened because he wasn’t receiving that healthcare and he died because of it.”

“Police officers should not be first-line mental health responders,” said Michael. “They shouldn’t be responding. They react the way police react not the way health care workers react.”

Michael says they believe the officers that day had “an incredibly difficult decision” to make.

WATCH The Mahoney family are asking for changes to the healthcare system:

The Mahoney family wants changes after Matthew was shot and killed by police in Windsor. 0:42

“I don’t know if I’ve been coping well,” said Michael, adding that he’s attended a homicide survivors support group and spoken with counselors on a regular basis. “This type of death is really difficult. It’s been hard.”

“That’s the only opportunity to look at the fully picture,” said Michael. “We need to understand what decisions were made by different people. What systems were working and what systems were not working.”

Michael said he wants to know what other families can do to keep their loved ones safe.

“A coroner’s inquest is the only thing that can look at that broader picture,” said Michael. “Without an inquest, this will happen again. People are going to die.”

Michael said the inquest would also keep police out of situations where health care professionals should be responding.

“We need to support [police] by providing care to people like my brother so they never have to be put in that position.”

WATCH The Mahoney family hopes a coroner’s inquest will provide some answers:

Michael Mahoney says the family isn’t surprised about findings of the SIU investigation. 2:17

According to Michael, now that the SIU report is out, the coroner will decide if an inquest should be called.

“There’s very little we can do aside from ask them if they can do an inquest,” said Michael. “We hope that other individuals will do the same thing.”

Michael thinks both health care professionals and police services “deserve to know” what can be done to prevent this from happening again.