The Montreal Alouettes will be holding tryouts this weekend — not to play football but for the cheerleading team.

And the cheerleaders want more men to give it a go.

They aren’t just looking for muscle-bound men who can lift, toss and catch light-footed women in short, glittery skirts. They also want men who can dance.

There are no male dancers on any cheerleading team in the Canadian Football League. But south of the border, two male cheerleaders made history this month, dancing for the Los Angeles Rams at the Super Bowl.

Seeing male dancers cheering on the Alouettes might raise a few eyebrows, but there has never been a gender requirement to join the squad, says team co-ordinator Sidney Ginchereau.

“We want to make sure they’re all welcome,” she told CBC Montreal’s Daybreak Friday. “We will judge based on talent and performance, not on gender. We will be more than happy to see them.”

Ginchereau retired as an Alouettes cheerleader in 2017 after nine years.

She said stereotyping or preconceived notions about who can be a cheerleader may have contributed to the fact that no male dancers have tried out in the past.

Perhaps, she suggests, some men are scared to apply.

“We just never had any boys showing up,” she said.

She hopes that will change. 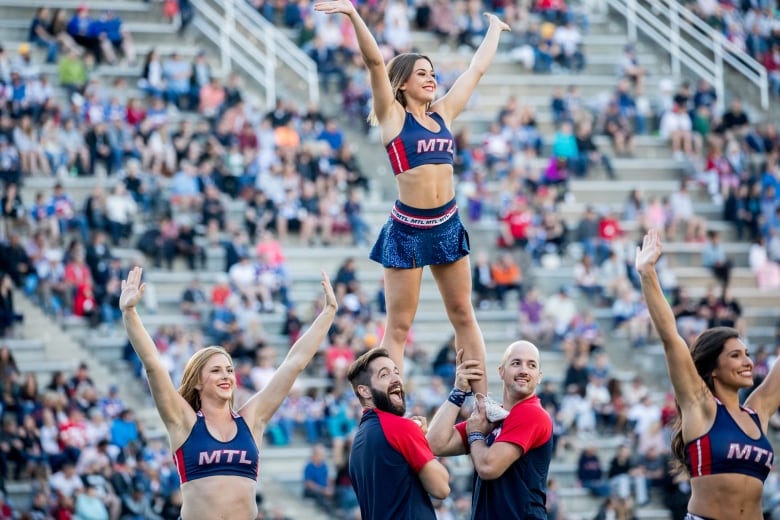 “I think the more we talk about it — the more we see it — I think, maybe, society will get used to it, and it will become sort of a reality to see it,” she said.

There’s no need to pre-register for Saturday’s tryouts, she said: men are welcome to just show up.

Applicants will be judged on technique, speed, ability to adapt and attitude.

Tryouts will be at St-Jean-Vianney College, and all info can be found on the team’s website.

Hitting the weights to ready for tryouts

Françoit Barbeau of Laval recently learned the Alouettes are looking for male dancers. He can dance, he said, but he’s not trying out for the dance squad on Saturday. 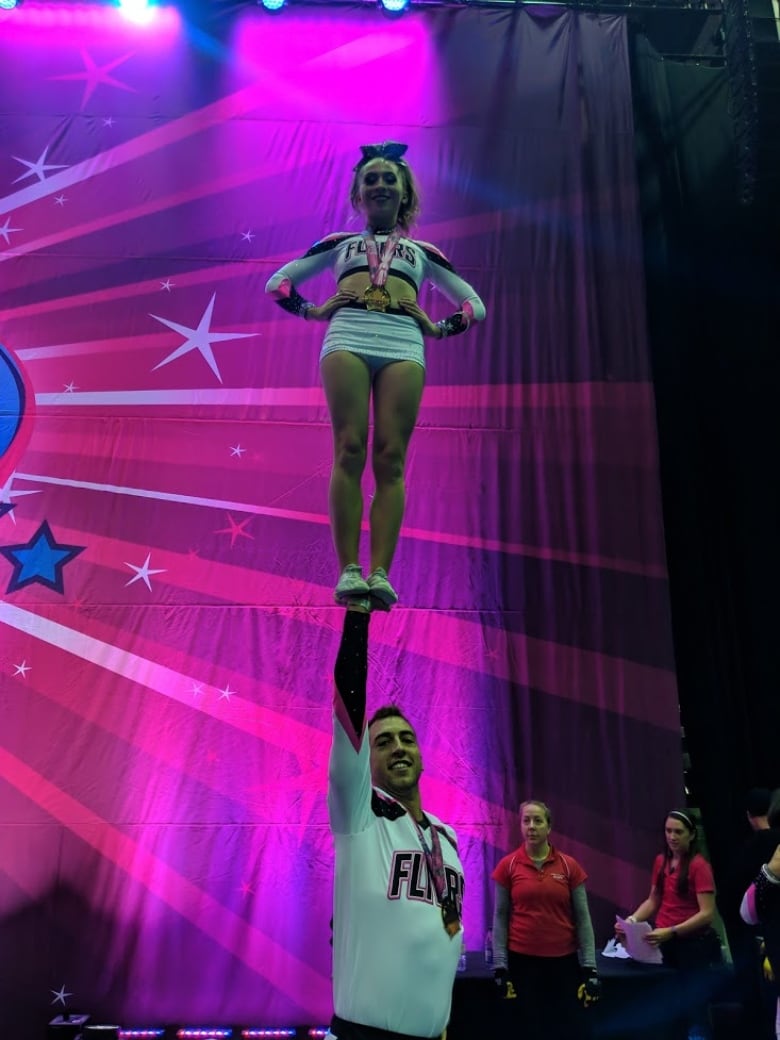 Françoit Barbeau is a gym regular, working his legs, shoulders and arms so he can have the power needed to lift women above his head. (Submitted by Françoit Barbeau)

After four years with the Flying All-Starz in Pierrefonds, he’s hoping to bring his hard-earned talent to the Alouettes as a stunter — the muscle behind acrobatic routines.

“In cheerleading, there are different aspects in the sport,” he said. “You will have some stunts, as well as some dance.”

Usually, there is a routine lasting about two and a half minutes, he said, and that routine finishes with dancing.

But stunts are often a big part of that routine, and those stunts require a considerable amount of strength, from the legs on up to the shoulders, he said.

So he’s been hitting the gym in recent weeks.

“What they are looking for at the Alouettes is guys that can lift girls by themselves,” he said. “I do train a lot.”

Now, he said, he’s excited to put that training to use and try out for the team.

Listen to the full interview here: The Montreal Alouettes are holding tryouts this Saturday for their cheerleading team – and this year, they’re asking more men to give it a try. We speak with the coordinator of the Alouettes cheerleading team, Sidney Ginchereau; and a young man hoping to make the team, Francoit Barbeau. 9:33

Moncton-area high school students learn to 'do the right thing'