A massive pothole on de la Vérendrye Boulevard near Clifford Avenue has caused hubcaps to go flying, tires to explode and has bent rims out of commission, yet the city says pothole repairs across the island are being completed.

Within a two-minute span on Saturday morning, CBC witnessed three cars hitting the de la Vérendrye pothole, which ripped open tires and forced the drivers to pull over at the nearby Hi-Tech garage.

Metres away from the crater, hubcabs litter the street.

The mechanics at the garage say Friday was a particularly bad day for motorists who couldn’t avoid the pothole.

Ghouale called the city about the pothole, as did many of the drivers who were affected. Police put up a cone, but on Saturday morning, the cone had blown off to the side. 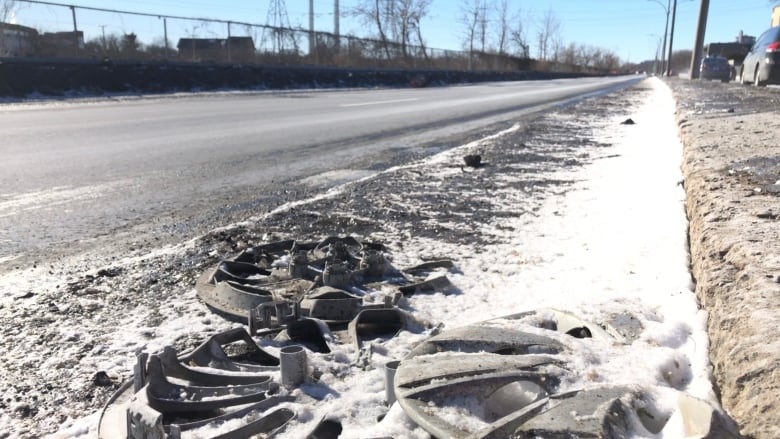 While the de la Vérendrye pothole remained a problem Saturday morning, city crews were out patching potholes across the island.

“We are in action on all the major roads to fix the potholes,” said Philippe Sabourin, a spokesperson for the City of Montreal.

“We know we have drastic changes in temperatures in the last days so we have to act quickly in order to secure the [commute] of everybody in Montreal.”

The City has invested $35 million for the temporary repairs. 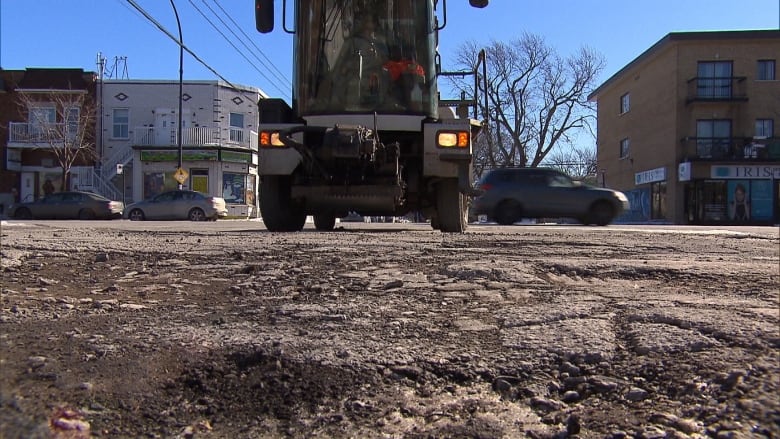 The city has crews out doing pothole repairs, with $35 million invested in the fix. (Radio Canada)

Kassie Gosine was driving to pick up his wife at a Metro station on Friday when he hit the pothole.

“I’ve never seen a pothole that big,” he said.

Both tires on the right side of his van exploded and the rims bent. He had to leave his car at the garage overnight and spent Saturday morning going to get replacements.

“What the city should have done was fix that right away, because it’s going to damage a lot more vehicles,” he said. 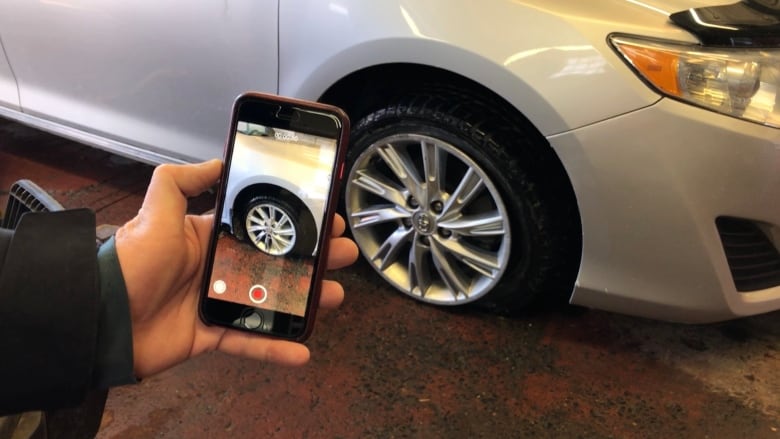 One driver takes stock of the damage to his tire, snapping photos as proof for his claim to the city. (Sarah Leavitt/CBC)

“I could have caused an accident and the city does nothing!” he said.

He estimates that replacing the tire for his BMW will cost him at least $600.

Many drivers told CBC they will make an official claim with the city in the hopes of being reimbursed.