After issues with securing a jury earlier in the week, the trial began Wednesday morning, with the Crown outlining its theory as to what happened to Dale Porter, 39.

Crown prosecutor Sheldon Steeves told the jury that Potter stabbed Porter multiple times because he disrespected the Vikings motorcycle club, of which Potter was a member.

Steeves said the Crown will present a taped confession of the crime as well as DNA evidence.

Two members of the Ontario Provincial Police testified Wednesday afternoon about their involvement in the case, which began in May 2015, when they received a request from the RCMP to collect a DNA sample.

Potter was living in Ontario at the time. 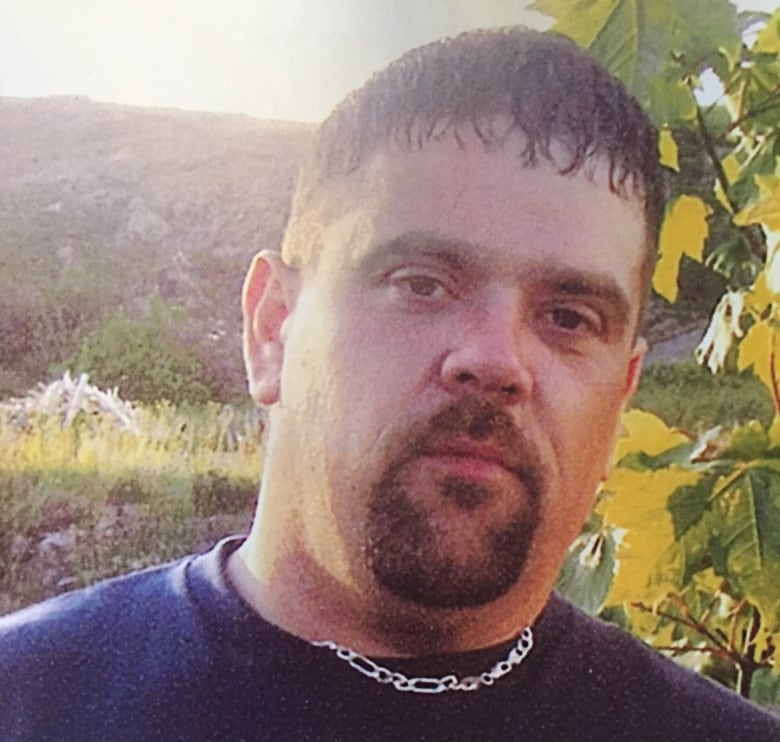 Dale Porter was 39 years old when he was killed. He had a 14-year-old son and nine-year-old daughter at the time of his death. (Family photo )

OPP Det-Const. Marni Lawson was told to locate Potter to get a DNA sample for the RCMP in Newfoundland.

Lawson said she learned that Potter had to meet a probation officer in Belleville, Ont. That’s where, she said, she waited for him to come out.

Steeves asked Lawson to compare Potter’s stature to her own. She said she is about five foot four, and Potter is a full foot taller at and required two sets of handcuffs due to his size.

Her interactions with him, she said, were positive.

“Mr. Potter was extremely co-operative through the entire process,” she said.

Despite his manners, police took Potter and Lawson in a van with a police tactical unit for “security” reasons.

In his opening statement, Steeves said Porter’s DNA was found on Potter’s clothing. However, no other details of DNA evidence have been presented.

The Crown is expecting to call between 35 and 45 witnesses during the course of the trial. Seven of those witnesses took the stand on Wednesday.