Growing up, 94-year-old Betty Foster never dreamed of being in a band. It seemed far fetched for a girl who’d never even picked up an instrument.

“All we played at home when we were kids was the gramophone!” she said.

That all changed five years ago when she moved into Charlottetown’s Whisperwood Villa seniors’ home.

“Somebody handed me a ukulele and a book. And they said, ‘play fast, and sing loud.’ I don’t do either one…. But I picked it up, and took the book, and away I went.” 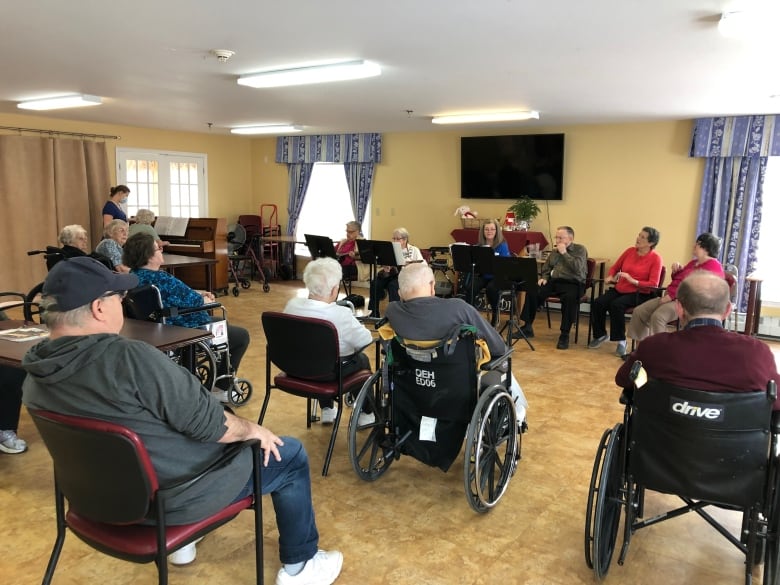 Whisperwood Villa residents watch as their local group the Nanas and the Papas perform. (Steve Bruce/CBC)

With that, Foster became one of the original members of The Nanas and the Papas — a group which has evolved from a beginner’s ukulele group to a full-fledged band.

Every Thursday morning, the group of  singers, pianists, percussionists, harmonica and ukulele players puts on a show for residents and staff — covering everything from the oldies to Irish jigs.

Residents sing and clap along

“I thought I was crazy to [join the band]. But anyway, I’ve been enjoying it very much,” said Fran Carmichael, another original Nana and ukulele player. “And I think the residents enjoy it. They clap all the time. They come to everything we put on.”

“We see the girls coming in from the kitchen and peeking around the corner, every now and again,” said Foster, who admits it makes her feel “a bit” like a rock star. “So they must enjoy it too.” 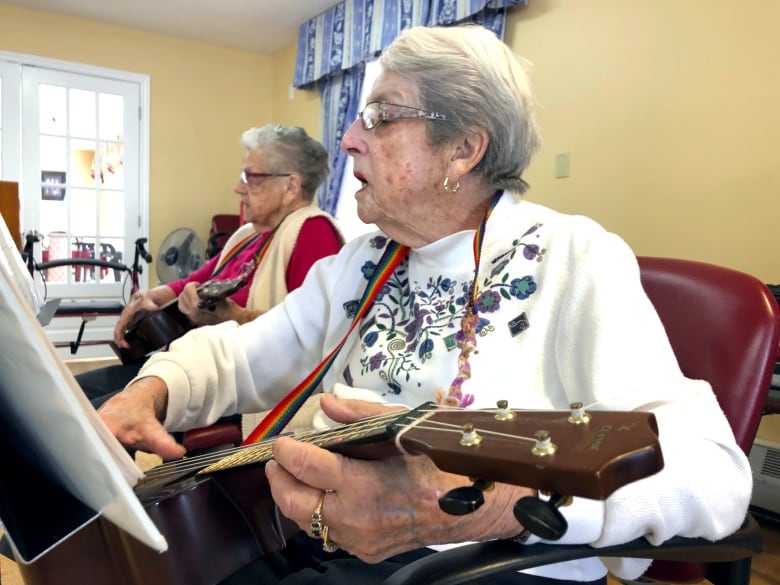 ‘I thought I was crazy to [join the band]. But anyway, I’ve been enjoying it very much,’ says Fran Carmichael. (Steve Bruce/CBC)

The band’s led by Kerry Trenholm, an activities assistant at the Villa, and talented musician herself. She says she got the group together after the home’s choir disbanded, leaving a big void.

Every Thursday, she says she witnesses how important it was to fill it.

“It’s just joy, joy, joy. I can’t say anything else about it. I just love to see the community get together, the camaraderie,” Trenholm said.  “It’s a great source of community spirit.” 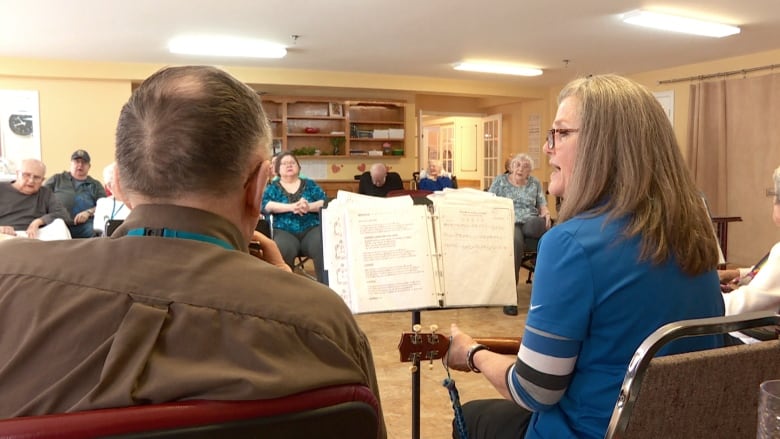 The band’s proven inspiring for staff at the seniors’ home, including Kellie Annett. She says the elderly musicians motivated her to pick up the ukulele herself.

“They are amazing. To be able to get up there, and play and sing? That takes a lot of courage when you’re younger and don’t know any better,” Annett said. “Let alone when you’ve gone through your whole life and to pick up something new.” 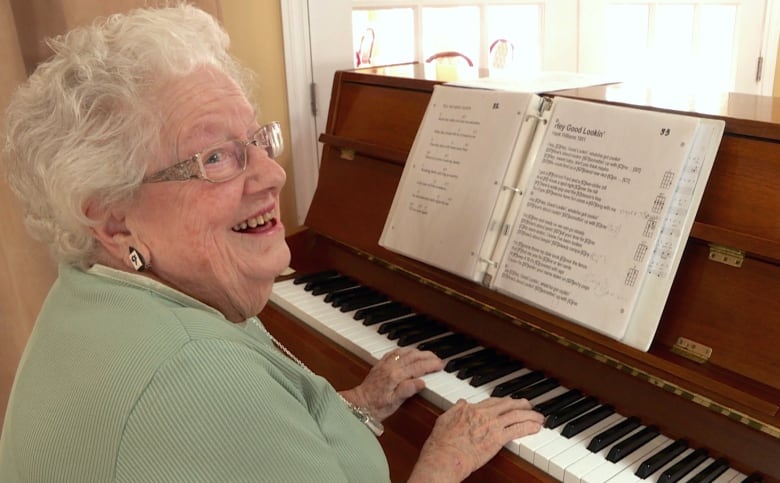 Residents with any musical talents at Whisperwood Villa are able to join the Nanas and the Papas. (Steve Bruce/CBC)

The Nanas and Papas have even taken their show on the road a few times — to other Island seniors’ homes and churches.

94-year-old Foster says she’s dreaming up even bigger things for the band.

“Oh wouldn’t that be wonderful? Imagine us boarding a plane and going off to Nashville for something. Oh my!”